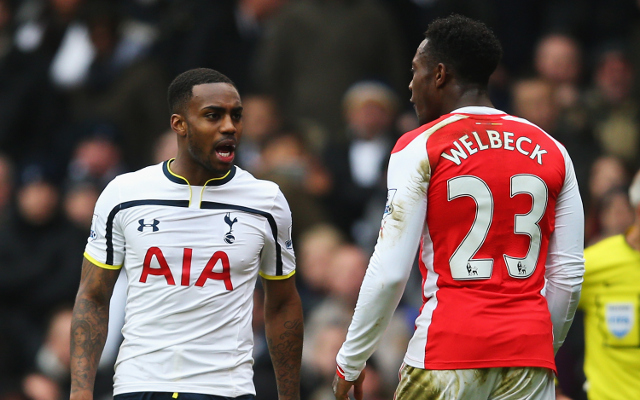 Welbeck would have been sent off with another yellow.

As the referee blew for half-time in the North London derby between Tottenham Hotspur and Arsenal at White Hart Lane there were some afters between Danny Rose and Danny Welbeck.

Rose kicked the ball – seemingly deliberately – at the Gunners forward, who responded by confronting the left-back despite the fact he was already on a yellow card.

Spurs midfielder Nabil Bentaleb intervened and both Dannys can probably consider themselves lucky not to have received further punishment.