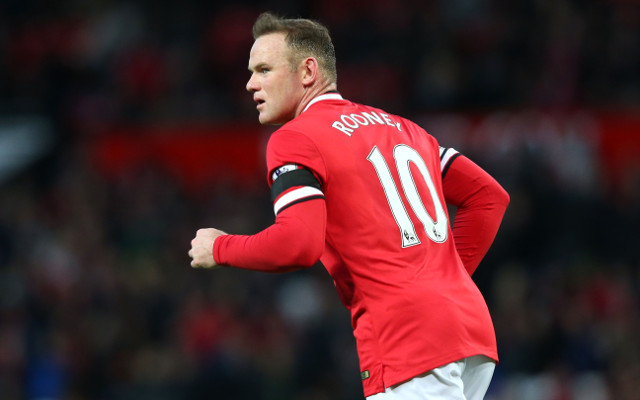 Glenn Hoddle believes that Manchester United boss Louis van Gaal needs to do more to utilise Wayne Rooney to his full potential. He wants to see the England and United captain operate as the hub of the Dutchman’s side, rather than playing in midfield, where arguably his talents are wasted.

Rooney has not scored since Boxing Day, due partly to the fact that he’s been operating in a more unfamiliar deeper role for his club side, with Van Gaal favouring Angel di Maria in the 29-year-old’s preferred No.10 position.

Meanwhile, summer signing Radamel Falcao has taken Rooney’s spot up front, while Robin van Persie is also ahead of him in the pecking order for a central striking role.

Hoddle, who was speaking in his Daily Mail column, disagrees with how Van Gaal has used Rooney, saying: “The individuals themselves can look impressive at times — Robin van Persie, Angel di Maria or Wayne Rooney — but, especially away from home, it still looks as though they are sorting out how to play. And it’s a long way into the season to be still sorting this out.

“At the heart of that is the problem of where to play Rooney. Van Gaal wants to play two up top and the versatility of Rooney means that he is the one to drop in to midfield, with Van Persie and Radamel Falcao as the strikers.

“I don’t have a problem with Rooney in midfield. In fact, I think it can suit him and become his best position in the later stages of his career. But which part of the midfield do you play him?

“If he is one of the attacking players in a 4-3-3 formation, with at least one midfielder holding a defensive role, then I think he can thrive in that position. He has the licence to break into the box from the deeper positions and face the play, rather than have his back to goal.

“I think that could work to his advantage. He also has the vision to play great passes and pick out his team-mates from midfield, so I understand why Van Gaal wants him there. I can even see him at the tip of a diamond in midfield, but that seems to be the role for Di Maria.

“What does not work is when he is playing in a diamond as one of the central midfielders behind Di Maria. That is not his role. There’s too much tracking back to be done in that position and he will end up in very deep positions.

“You want Rooney to be the hub of the team, breaking into the box. Also, in that position, you have to pull wide at times to give the team tactical stability. That again takes him away from the action.”