Mesut Ozil’s mysterious celebration used after scoring for Arsenal against Tottenham Hotspur and Aston Villa has been revealed as a tribute to his newly born niece Mira.

The Arsenal man made a ‘M’ shape whilst sucking his thumb after scoring the opener but his side were unable to hold onto their lead and succumbed to two Harry Kane goals to lose the North London Derby for the first time in two years.

Ozil also posted a message to his niece on Instagram, also using the celebration, following the Gunners victory last weekend against Paul Lambert’s side. 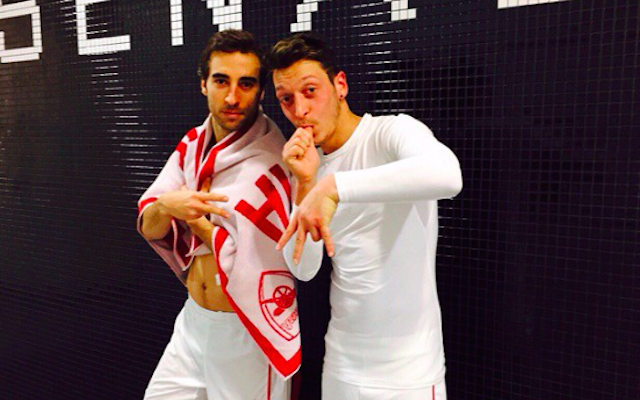