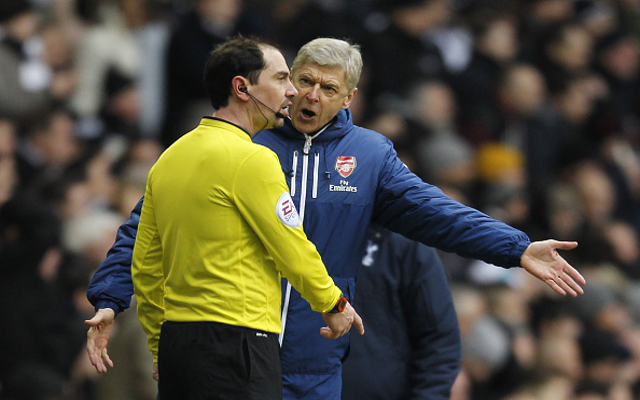 Celebrity Arsenal supporter Piers Morgan has demanded that the north London side sacks Arsene Wenger ahead of a move to appoint Jurgen Klopp as the club’s new manager according to talkSPORT.

Morgan, who has been on something of a crusade to get Wenger axed for some months, believes that the time is right to bring an end to the long serving Arsenal manager’s tenure.

Clearly the defeat to Tottenham in Saturday’s north London derby is seen by Morgan as something of a final straw.

“My view is that Wenger has had more than enough time,” Morgan told Call Collymore.

“Which top four club in the world would keep a manager who had won one second-tier domestic trophy in ten years? To me this is completely unacceptable.

“Our recent form has been exaggerated. We had a very good performance against Manchester City away, but I was at Southampton when we got hammered on New Year ’s Day and our record against the top four or five teams over the last few years has been absolutely terrible…shocking.

“We’re sixth in the league, we’re out of the League Cup and yes, we’re still in the FA Cup, but the big yardstick for a team like Arsenal always should be the Premier League, and we have absolutely no hope of winning the league, yet again, for the tenth year running, and we’re only in February!

“So I simply say to Arsenal fans who disagree with me: At what point of failure do we say, ‘this is not good enough’, and we try someone else?”

And the man for the job is…

“I will stand by the person I have been calling for a couple of years, and that it Jurgen Klopp at Borussia Dortmund.” added Morgan.

Given just far Klopp’s side have fallen this term, the Westfalenstadion outfit near the foot of the Bundesliga, now may well be the right time to approach the German boss.