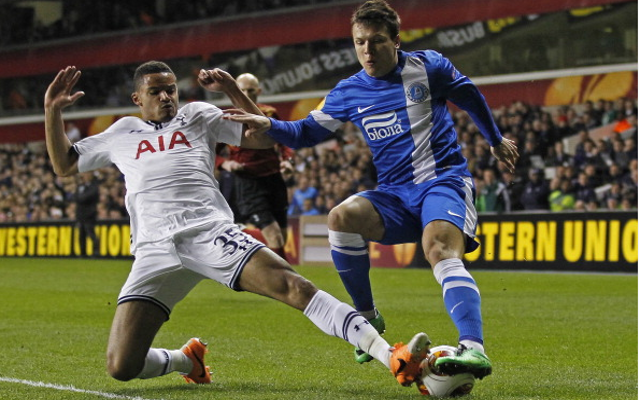 Tottenham boss Mauricio Pochettino is closing in on a deal to sign Dnipro wide-man Yevhen Konoplyanka according to the Metro.

The north London side came close to signing the Ukrainian international in January but a £7m deal failed to come to fruition but the White Hart Lane side can now look to pick up the cultured attacker on a free transfer this summer instead.

Konoplyanka has long been linked with a move to the Premier League and despite apparent interest from Serie A side AS Roma it is believed that the winger is keen to move to Tottenham.

Pochettino may well be keen to freshen up his wide-attacking options having looked to offload Aaron Lennon, sending the England man to Everton on loan, and with Andros Townsend proving hugely inconsistent.

Konoplyanka has represented Dnipro since the age of 16 and has made a total of 189 appearances for the club and could be ready for a fresh challenge.