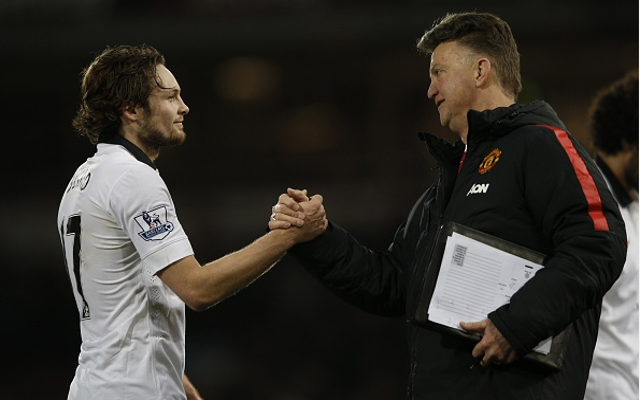 Louis van Gaal’s side looked distinctly out of sorts on their visit to east London and David de Gea was called upon to make a string of fine saves, including this early one from Enner Valencia.

West Ham took a deserved lead early in the second half when Senegal international Cheikhou Kouyaté showed great close control in the box before firing home.

The game looked to slipping from United’s grasp until midfielder Daley Blind clinically finished in injury time to level matters.