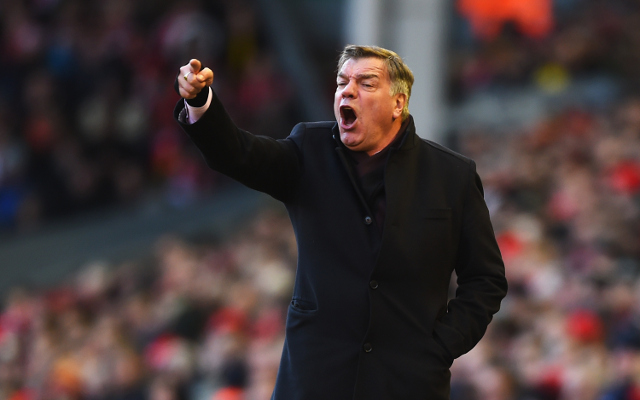 Allardyce believes van Gaal should be lambasted for the way his team set out to play – in the same manner that he was last season.

An outstanding finish by defender Cheikhou Kouyaté early in the second-half saw West Ham come within touching distance of bagging all three points against the Premier League giants – but for an equalising volley from Daley Blind in the 93rd minute.

In his post-match conference, the 60-year-old had this to say:

“I suppose in the end we couldn’t cope with long-ball United,” Allardyce told Sky Sports.

“It was just, ‘thump it forward and see what they could get’ and in the end it paid off for them.”

“You might just criticise Louis van Gaal for playing long balls as much as you’ve sometimes criticised me for being direct.”

“But it’s paid off for them, so you can’t knock it in the end,” the Irons boss concluded.

The former Bolton Wanderers defender’s comments certainly possess an edge of truth; the ‘giants’ of the Premier League often escape punishment for unsightly tactics, and given the crop of immensely expensive talent at van Gaal’s disposal, perhaps his tactics should be called into question – even if it did do the job.