The book, titled ‘Under Pressure’, was released a couple of years ago, but quotes from it are now circulating on the internet as Jose Mourinho closes in on the league title.

Jerzey Dudek describes how Mourinho rallied his squad after a humiliating 5-0 loss to Barcelona in 2010. Chelsea fans should take note – while the side are bound to suffer a couple of poor results between now and the end of the season, they shouldn’t worry – in Mourinho they have one of the finest man managers in the game.

Dudek was part of the Liverpool side that won the European Cup in 2005, before he moved to Real Madrid on a free transfer in 2007.

Read the quote in full: 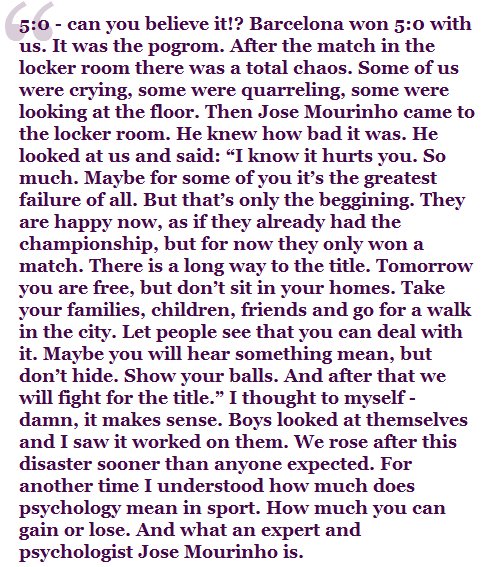