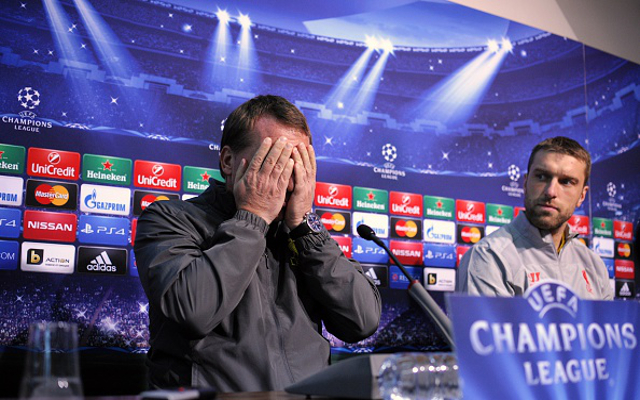 Brendan Rodgers will be hoping the trio can make it…

Liverpool are being made to sweat over the fitness of Philippe Coutinho, Adam Lallana, and Raheem Sterling, reports the Daily Mirror.

Lallana has been missing since going off injured against Bolton Wanderers in their FA Cup replay last week. Meanwhile both Coutinho and Sterling were subbed against Everton with foot and knee injuries respectively.

The trio are being assessed ahead of the match against Tottenham Hotspur on Tuesday.

“We had fresh players on the bench to bring on and hopefully they will be fit for Tuesday.

We need to see how he [Lallana] is but he has a big possibility for Tuesday.”

If they don’t make it for the big match it will be a major blow for the Reds. The game against the North London club takes extra significance as both sides are hoping to gain ground on the other in the race for the top four and Champions League qualification.

Both teams come in to the fixture off the back of local derbies, with Spurs beating Arsenal and the Merseyside club drawing with Everton.