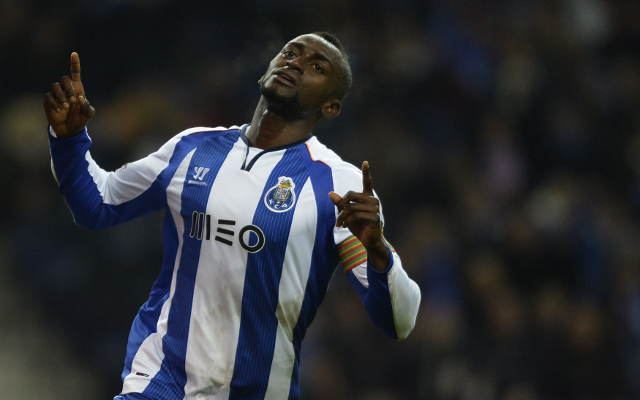 Man United are looking to strengthen their misfiring attack with the Metro claiming that the Old Trafford outfit are keen on FC Porto man Jackson Martinez.

Louis van Gaal has opted to use captain Wayne Rooney in a withdrawn attacking role whilst loaned in South American Radamel Falcao has failed to impress, netting just four goals in 15 Premier League fixtures, and Robin Van Persie has been off the boil of late.

One can well see therefore why van Gaal would be looking at possible summer captures and a move for Martinez would be a wise one to consider.

United scouts were in attendance during FC Porto’s weekend win over Moreirense, during which Martinez netted, and a move for the Primeira Liga man would set the Premier League side back around £27.5m.

A move for Martinez would certainly be a cheaper option that attempts to make the loan capture of Falcao a permanent one.

Since moving to Portugal Martinez has proven a massive hit, netting 85 goals in 120 appearances, helping FC Porto to a domestic title in his first campaign.