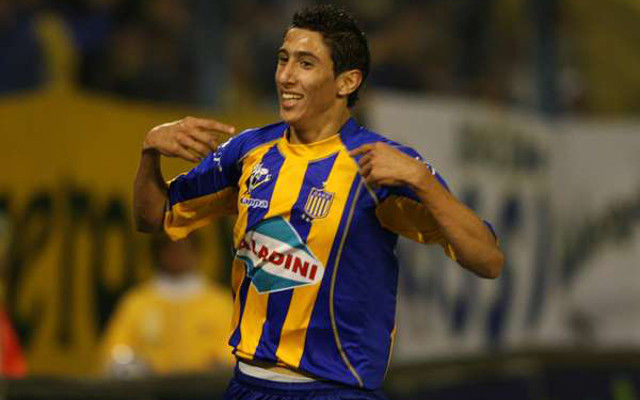 He already has plans to leave Old Trafford…

The 26-year-old played for the Argentine side until 2007, when he made the move to Europe with Benfica. He made a total of 39 appearances for the team, scoring six goals.

Since then the winger has enjoyed a great career, becoming a star player for both the Portuguese side and Real Madrid before moving to Old Trafford.

“I think the next step would be to go back to Rosario Central, another giant. Let me explain: it’s true I have played for big European clubs already. I’ve played two World Cups, I’ve won the Champions League,” di Maria was quoted by the Daily Express.

“I started at Benfica, not as big but one of the biggest clubs in Portugal. I’ve played for Real Madrid. Then I moved to Manchester United, from a giant to another giant. I think after this, it’ll be time to go back home. I hope so.”

Manager Louis van Gaal will be hoping that the club record signing doesn’t want to move back to his homeland any time soon, with the midfielder needed to help the Mancunian side push for a return to their title challenging ways.

Di Maria has struggled recently, but is expected to turn it around before the end of the season.