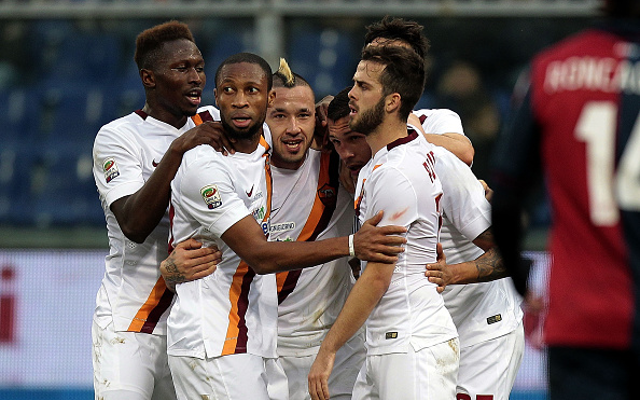 Manchester United are ready to end their interest in Arturo Vidal and Kevin Strootman and move instead for £30m-rated AS Roma star Radja Nainggolan, according to the Daily Express.

The Red Devils look in need of improvements in the middle of the park, and Nainggolan’s fine form at the Stadio Olimpico this season has persuaded Louis van Gaal to move for him.

The Belgian international is a tough tackler with plenty of quality who could fit in well in this United team, who have been somewhat weak in midfield for some time.

Nainggolan’s Roma team-mate Strootman had long been a target for van Gaal, but he now seems to have cooled his interest in the Dutchman.