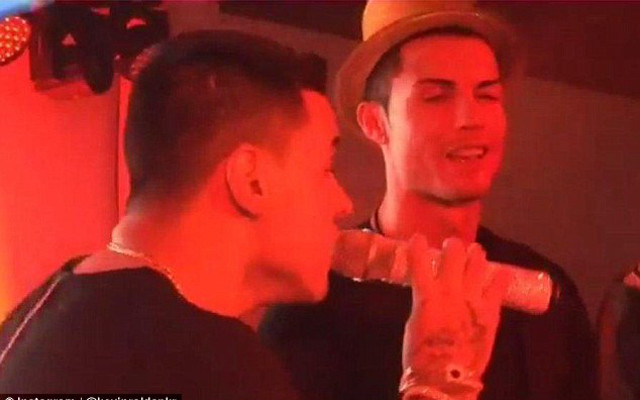 Portuguese angered by the criticism.

Real Madrid legend Cristiano Ronaldo is enraged by criticism for celebrating his birthday only a few hours after the humiliating 4-0 thrashing by Atletico Madrid, according to super-agent Jorge Mendes.

Ronaldo was rated the worst outfield player on the field by WhoScored.com, and the news that the forward partied into the early hours of the morning has inevitably been met with a storm of disapproval – of which the newly turned 30-year-old is not pleased with.

Mendes discussed the incident with Cadena SER, a Spanish radio station, claiming that the Portugal captain is ‘devastated’ that someone released footage of a private occasion:

“He was very angry,” Mendes revealed to Cadena SER.

“Any player that loses a game and more so, Ronaldo, who is a great professional, who continues to be the best professional in the world, would be angry.”

“The fact is that his birthday party had been organised more than a month ago and he had family coming from abroad. He didn’t want to cancel out of respect for the people that came.”

“What is inadmissible is that somebody takes advantage of a private affair to release a video. Ronaldo was devastated after the defeat and people spent two hours trying to cheer him up.”

Poor performance or not, Ronaldo remains arguably the best professional in sport, and such criticism, as Mendes states, is unnecessary.