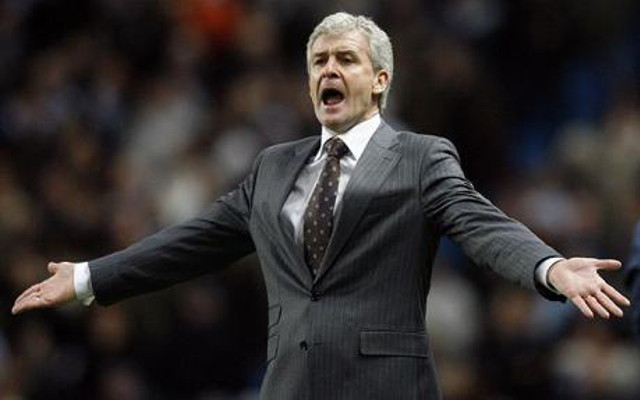 The former Manchester City boss believes that the midfielder should have received a second yellow card for a foul on Victor Moses in the 71st minute.

To rub salt in to the wound, the 25-year-old scored the opening goal of the encounter just five minutes later. Luckily for the Potters Peter Crouch also grabbed a goal in the 90th minute to take a draw at St. James’ Park.

“Once again, the officials have played a hand,” the 51-year-old was quoted by the Daily Star.

“The referee wasn’t brave enough to make the right decision at a key moment in the game. Given the yellow cards which were dished out and the nature of them, for him not to give Colback a clear second yellow was disappointing.

“He needs to be stronger. The lad is allowed to stay on the pitch and scored the goal which nearly meant we didn’t take something from the game.”

Even the player himself is on Hughes’ side, with Colback admitting that he wouldn’t have felt hard done by if he had been sent off for the foul.

“If I had seen a second yellow, I could not have felt too aggrieved. I caught him but you ride your luck at times,” he said.