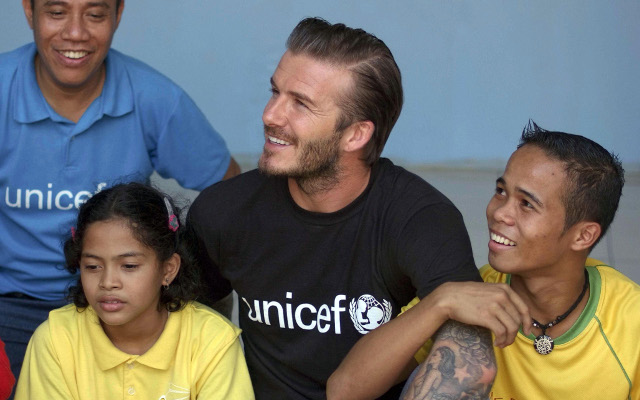 The David Beckham UNICEF fund will save the lives of millions of children.

In tribute of David Beckham’s commendable 10-year relationship as Goodwill Ambassador with UNICEF, the duo have teamed up to launch 7: The David Beckham UNICEF Fund – which aims to support millions of vulnerable children across the world.

The name derives from the former England captain’s famous shirt-number during his illustrious career – and Beckham hopes that the no.7 can bring as much luck and happiness to the lives of endangered children as it did to his time in football, as the fund looks to tackle seven major issues.

UNICEF write that ‘David will use his powerful global voice, influence and connections to raise vital funds and encourage world leaders to create lasting positive change for children.’

UNICEF report that 2014 was ‘one of the most devastating years for children on record’ – with millions of children exposed to violence, natural disasters and the shattering Ebola outbreak to name but a few.

Listen to the Old Trafford hero as he explains why he has created the fund and how it aims to help: