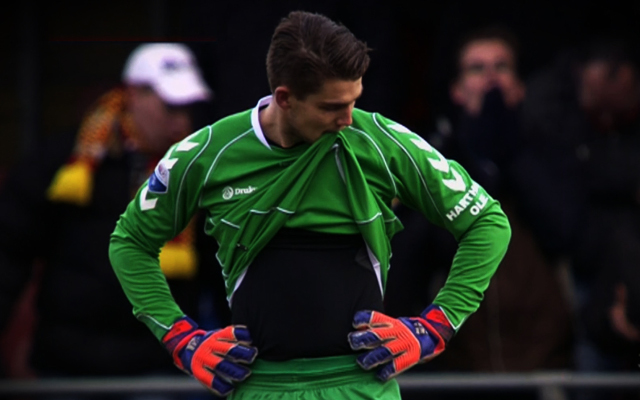 Just three minutes from an historic draw van der Hart did this.

It was a game to forget for Go Ahead Eagles goalkeeper Mickey van der Hart on Sunday as with just three minutes to go in his side’s Eredivisie game with Ajax the 20-year-old committed a horrible gaffe.

A simple back pass from Wesley Verhoek bobbled just before the ‘keeper and van der Hart kicked the air as the ball went past him and into the net to give the reigning Dutch champions an undeserved late winner.

Oddly enough the youngster is actually currently on-loan from Ajax.