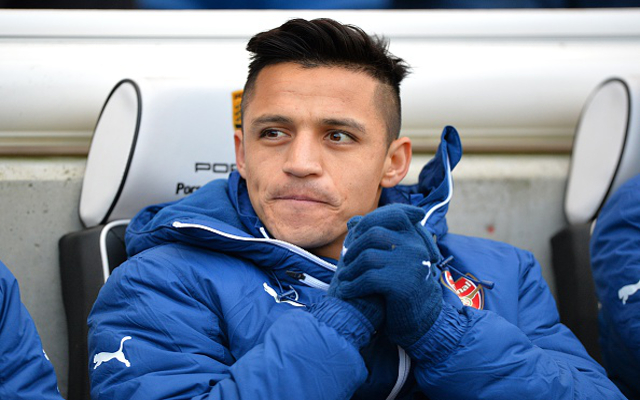 Talking to the Daily Star Wenger has lavished praise on Sanchez, ahead of his likely comeback against the Foxes, drawing parallels between the club’s summer signing and former goal machine Wright.

“He is loved by everybody. He is very friendly and bubbly every day.

“He is quieter than Ian Wright, but that is not difficult. And he doesn’t get booked.” Wenger added playfully.

“He is dynamic and he does both parts of the game. He’s important in the team because of that.

“He wins you the ball back quickly as well. The transitions are very good from defence to attack and attack to defence.”

Sanchez has certainly proven an instant hit since his £35m move from Barcelona to north London last summer, bagging 17 goals in all competitions thus far, and has missed the club’s last two fixtures due to a hamstring injury.