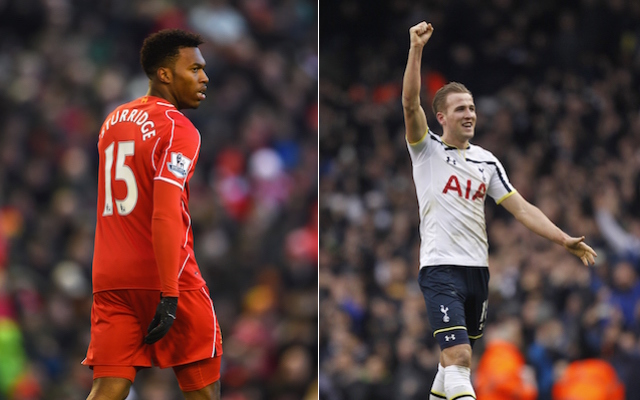 Brendan Rodgers has intensified the debate leading up to the clash between Liverpool against Spurs, by stating that Sturridge is in a different class to Harry Kane and any other England striker.

Sturridge is undoubtedly England’s no.1 striker, but injury problems and the emergence of Kane has meant that there is more competition for places to the lead the line for the Three Lions.

Kane is the highest scoring Englishmen in the Premier League, but for Rodgers, there is absolutely no doubt in his mind as to who is the leading player in the country for that role.

“I’m sure Daniel is happy there’s another English striker there because if Harry Kane’s going to be of the level to go on and play for England, which I believe he is, then that helps Daniel and the other Liverpool players who play for England because it means you’ve got another top quality striker,” Rodgers told reporters ahead of the important counter. (Via Liverpool Echo)

“But for me there’s not anyone better than Daniel Sturridge. He’s got everything in his game if he’s playing consistently.

“His goalscoring record, his pace, his power, he’s got everything and as an English striker there’s no-one better than him.”

Should Rodgers hand Sturridge is first start for Liverpool since August, then the viewing public can come to their own conclusions regarding the two front-men.