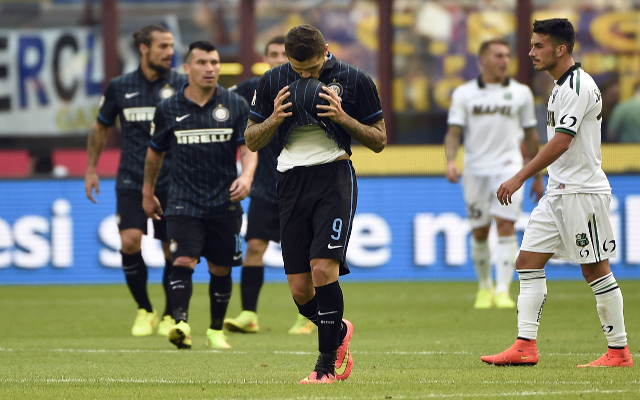 Chelsea boss Jose Mourinho will move to improve his attacking options with an £18m bid for Inter Milan striker Mauro Icardi according to the Metro.

The 21 year old Argentine has been in fine form this term but has recently clashed with his own fans following an unsavoury incident in recent weeks.

Icardi, and team-mate Fredy Guarin, had approached traveling Nerazzurri fans after their side had lost at Sassuolo and had thrown his shirt into the crowd only for the angry supporters to throw it back at the marksman.

Inter Milan are enduring a miserable season and currently sit in mid-table, though Icardi himself has performed well, and as such Roberto Mancini may struggle to keep hold of his top-scorer.

Chelsea have seen Diego Costa impress greatly since moving to Stamford Bridge but Mourinho could well do with a stronger back-up option to the former Atletico Madrid man.

Clearly Didier Drogba is in the final stages of his glittering career whilst Loic Remy has barely had a look-in since moving from QPR to join the Blues.

Only Carlos Tevez has scored more Serie A goals than Icardi this term.