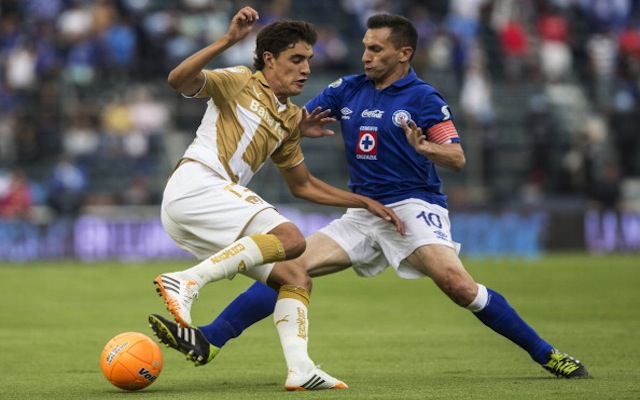 Christian ‘Chaco’ Jimenez, Cruz Azul’s veteran midfielder, is now only one goal away from making history in Mexican football.

Chaco has scored against 21 different teams since he arrived from Argentina to the Liga MX in 2004.

The Argentine-born star, who is now also a Mexican national, started his career in Mexico with Veracruz and scored only 4 goals in 34 appearances. He later moved to America in 2005 and scored 5 more. It was with his latest two teams Pachuca and Cruz Azul that Chaco managed to score 46 and 45 respectively.

After winning and scoring the only goal last weekend in the game against Monterrey Chaco is now 1 goal away from the 100 goal landmark.

“I am going to score one goal in the week during the training sessions to get to 100” joked Jimenez.

“I am not preparing any celebration, I only want the team to win, nothing more. It means something important in my career, but I believe it is more important to achieve something as a team” said the Cruz Azul player.

Atletico Madrid attract the interest of the world’s richest man May 30, 2015 0:23
FC Barcelona