Argentine is struggling to adapt to life in the UK.

Manchester United record signing Angel Di Maria has revealed that he is having trouble with the language and weather in the UK.

Could the Argentinian possibly join the ranks of these other South Americans to have failed in the Premier League? Eerily quite a lot of them were at Old Trafford… 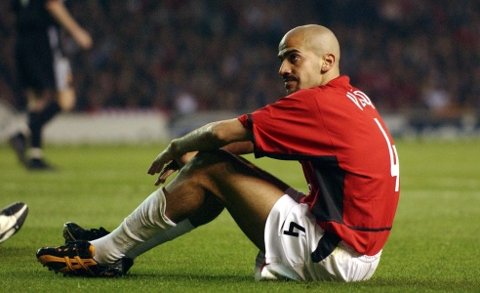 When the midfielder arrived fresh from inspiring Lazio to the Serie A title much was hoped for Veron at Old Trafford. Especially when they spent £28.1 million on him. However, he went on to have trouble with the pace of the league, and was sold to Chelsea just two years later after being labelled a failure by the press and fans alike. The Blues spent £15 million on the Argentine but then farmed him out on loan back to Italy after an injury hit first campaign.