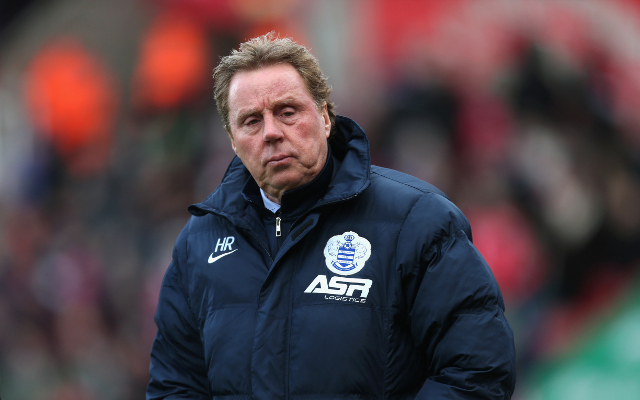 Harry Redknapp has instructed his agents to find him a managerial job in Abu Dhabi or Dubai as he searches for one last role before he retires.

The London Evening Standard reports that Redknapp is very keen on finishing his career in the Middle East, particularly due to the warmer weather, and has asked his representatives to search clubs in the region for a suitable role.

Redknapp only announced that he had quit at Queens Park Rangers last week and cited reconstructive knee surgery as his main reason for leaving – despite the club being threatened with relegation.

However, it is reported that the former Tottenham coach believes he will be able to manage a club later this year as he steps up his recovery from the medical procedure.

Redknapp is a regular visitor to Dubai and it’s claimed he is tempted by the idea of a year away from the Premier League.

This is the second time Redknapp has been linked with a move to that area of the world after he revealed he was close to joining Al-Ahli FC in 2011.

“There was an offer and I was intrigued,” he said at the time. “I love coming to Dubai. It is a great way of life; it’s safe, no trouble, you can do things, you can go out in the open. I was interested.”

Though the report does state if a big, English club were to offer him a position he would consider it.