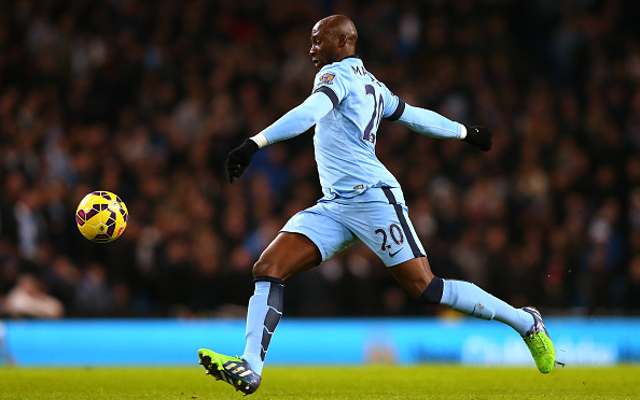 Mangala is the most expensive defender in British football history..

Manchester City defender Eliaquim Mangala has admitted that he has to improve in order to succeed at the club after the defender went through a difficult spell.

Mangala made his debut in the 1-1 draw against Chelsea in September, during which he impressively shutout the in-form Diego Costa, and many anticipated an impressive season for the Frenchman.

However, the former FC Porto man has remained inconsistent and has since lost his place to the experienced Martin Demichelis at the heart of Man City’s defence.

“After that I had games that didn’t go as well as I would have liked and some that went great.

“I need to be more consistent – not to have one good game, then a bad game, two good games, and one medium performance and so on.”

With the investment Man City made in the defender you would imagine he’ll be given time to prove himself at the Etihad Stadium.