It has been shockingly revealed that Tottenham Hotspur forward Harry Kane has more goals this season than the whole Liverpool strike-force combined.

The 21-year-old has enjoyed a breakthrough season at White Hart Lane, and has fast become one of Spurs’ key players.

Meanwhile, Brendan Rodgers has had to deal with an injury to Daniel Sturridge and the poor form of the rest of his forwards. Most notably summer signing Mario Balotelli is yet to score in the Premier League.

Check out the unbelievable stat below… 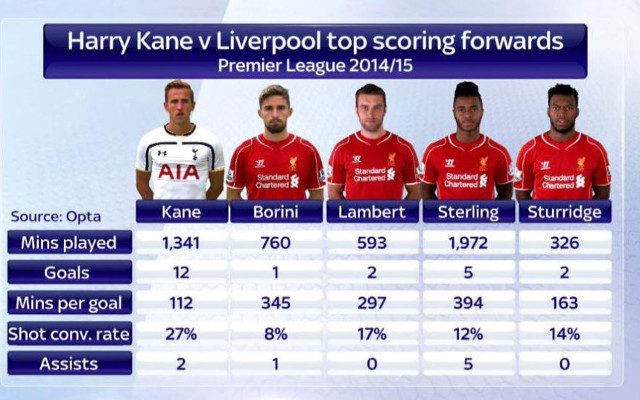