Manchester United beat Chelsea in the U21 Premier League this evening, but there was some controversy upon the release of the teamsheets.

Teams are allowed to name three over-age players in their squads for U-21 games, but in practice, they rarely do.

Man Utd decided to buck the trend for tonight’ game, taking advantage of the rules and named three players over the age of 21 – goalkeeper Victor Valdes, full back Rafael Silva, and winger Ashley Young.

Check out the team sheet below: 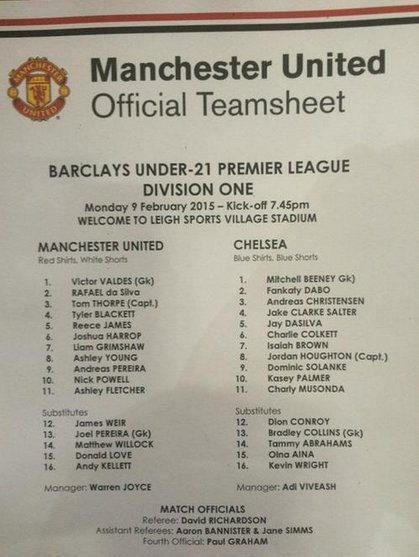 The Red Devils triumphed 2-1 in the end – proof that players must respect their elders!