Harry Kane is the Premier League’s leading scorer in all competitions.

The 21 year old has bagged an amazing 22 goals so far this season, including a dramatic late winner in the North London derby at the weekend.

Kane joined Spurs in 2009 and spent time on loan at Leyton Orient, Millwall and Leicester before breaking through into the first team in the last 18 months.

Here is the list of the top six scorers across all competitions: 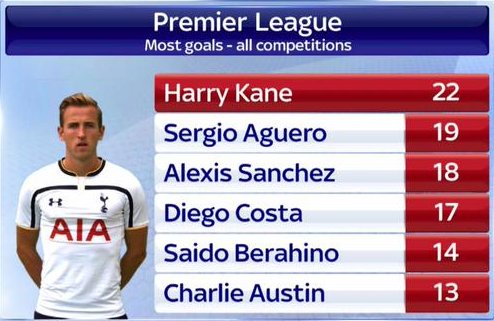