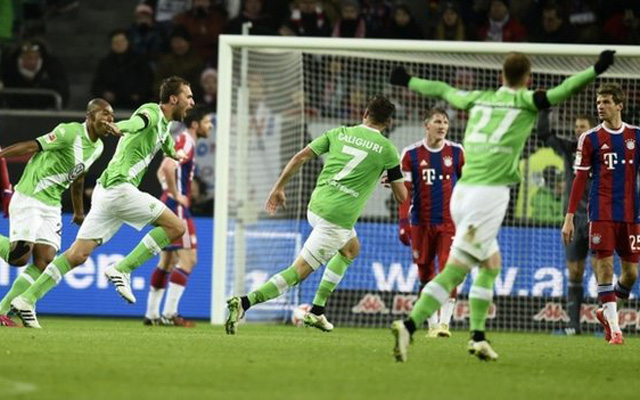 Vierinha could leave Wolfsburg this summer.

According to journalist Gianluca Di Marzio, Adelino André Vieira de Freitas (commonly known as Vierinha) is set to leave Wolfsburg for rivals Schalke when his contract expires in June.

He joined Wolfsburg back in the winter of 2012 when he left Greek side PAOK in a £4 million deal. His move was not an instant success as it took him more than a year to get his first goal for the side, eventually arriving in a 5-2 win over Freiburg in March 2013.

The Portuguese international has suffered with injuries throughout his time in Germany, meaning the move is potentially high-risk Schalke. He missed 8 months in late 2013 / early 2014 with ruptured knee ligaments, and miss almost 12 months with an ankle ligament injury while still in Greece.

The player has 12 caps and 1 goal for his national side, and is normally deployed in either the right back or right wing position, though is equally comfortable behind the front man in a number 10 role.

Schalke are keen to boost their squad in anticipation of more European football next term – they are currently 3rd in the league which in Germany is the final Champions League spot.