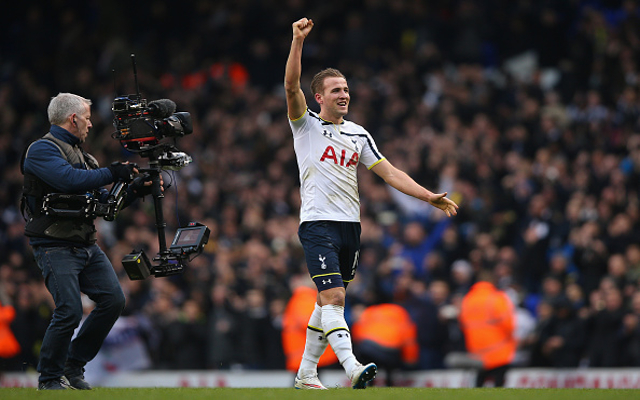 Fresh off the back of his two goal salvo in Tottenham’s North London derby win over Arsenal the Metro reports that the Mauricio Pochettino is ready to hand the captaincy of the club to Harry Kane.

The 21 year old has bagged 22 goals in all competitions this term and has been a real leader on the field of play but even then it may come as something of a surprise that Pochettino would look to promote the youngster to skipper.

Currently Younes Kaboul is the official club captain but the French defender is by no means a regular, starting less than half the club’s Premier League fixtures, whilst Hugo Lloris and even Emmanuel Adebayor have taken the armband for portions of this campaign.

Kane has led from the front since breaking into the Spurs first team set-up and any move to make him club captain would certainly aid in the club’s push to shield the player from transfer speculation, with both Real Madrid and Man United having been linked with interest in the English hot-shot.