Orlando City are a new side in this season’s MLS.

Orlando City will join Manchester City-owned New York City to take the total number of MLS sides to 20 for the 2015 campaign.

Despite not yet having a competitive team, fans from Florida are getting in the spirit of things, as 7,000 of them turned up to watch their team in an open training session. The numbers surprised both the club and the league itself, with the two parties pointing to the attendance as evidence of the ever-growing love for football in the traditionally anti-soccer country.

The event lasted three hours, with a 75 minute training session followed by a meet and greet by some of the team’s star players – including Brazilian legend Kaka.

“It has been amazing to see and we’re all pretty blown away by it”, Kaka told mlssoccer.com. “We know we have some passionate supporters, and we wanted to make this first practice session an event, but I think even we’ve been a bit taken aback”.

“I’ve talked to players who have been in MLS for many years and some of them said they never had an atmosphere like it for some games they played in”, he added. 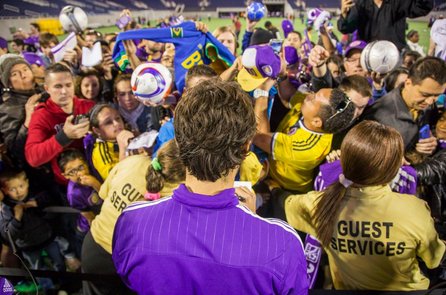