Legendary USMNT star Landon Donovan is to get remarried.

However, he is to go down the aisle again, after girlfriend Hannah Bartell said yes to his proposal this week. 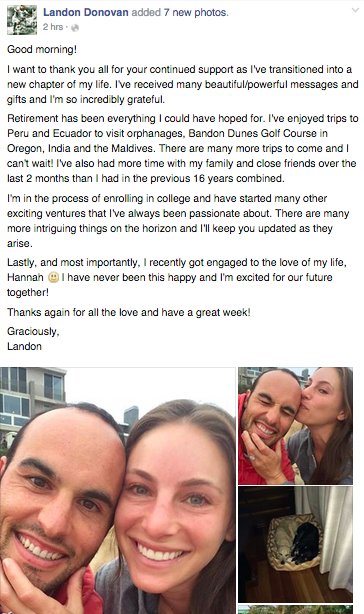 Donovan, who is the USA’s all-time leading goalscorer with 57 senior international strikes, has over 1,000,000 Facebook fans.