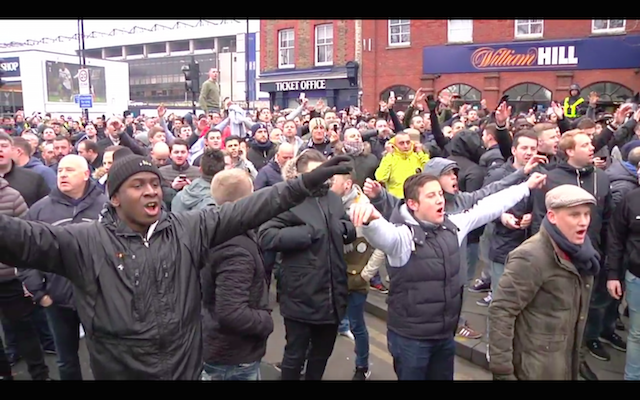 Footage captured by Brazilian journalist trying to show the reality of a derby match.

Footage has emerged from the North London derby over the weekend of Tottenham Hotspur fans being held back by police as they attempt to intimidate and attack Arsenal fans.

A report by Joao Castelo-Branco was attempting to show the realities of a derby match between the two side, but even he may have been shocked by what he captured.

Police had to make a barricade between the two groups of supporters as they were travelling to the game with Spurs fans being shoved back on a number of occasions.

See the full video below: