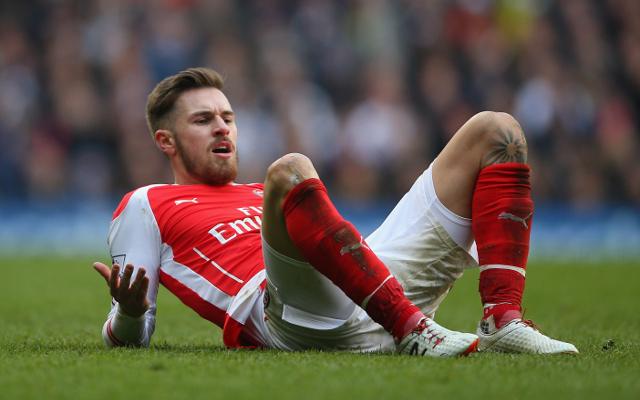 But Alexis Sanchez could be fit for this weekend…

However, the Gunners are facing a better prognosis with Alexis Sanchez who could be fit to face Middlesborough in the FA Cup this weekend.

Ramsey limped off after just eight minutes on Tuesday evening and his injury will rule him out of Arsenal’s last 16 showdown with the Ligue 1 side next week, report Daily Mirror.

The news could leave Arsene Wenger with a midfield nightmare as Mikel Arteta is still on the sidelines.

Jack Wilshere, however, could be set to offer a timely boost after recuperating from ankle ligament damage and could be on the bench against Middlesborough.

Alexis Sanchez meanwhile took a heavy knock to the knee following a hard tackle from Matthew Upson on Tuesday and it was feared he may have suffered serious damage after being substituted early in the second half.

But he too looks set to be fit. It is at yet unclear how long Aaron Ramsey will remain on the sidelines.