Brazilian side Club Sport Recife had the brilliant idea to combat security issues in their stadium with the mothers of their fans.

Last Sunday, in the match between Recife and Nautico (a local derby) about 30 mothers patrolled the pitch wearing fluorescent jackets with the message “Mothers of Security”. 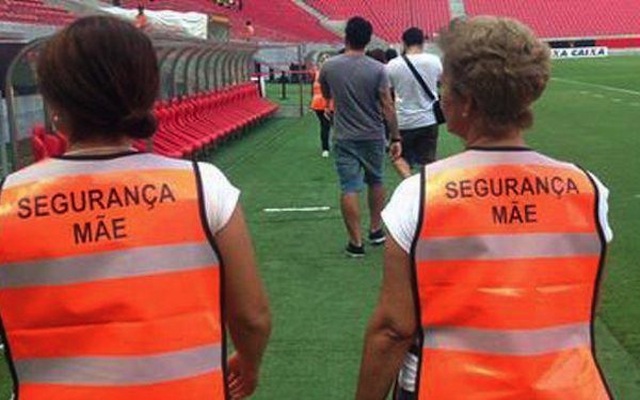 They were shown on the stadium’s big screens so everyone was aware of their presence.

“Nobody wants to fight with a mother, let alone your own” said Aryth Fortes, Vice President of Ogilvy, the company that introduced the idea.