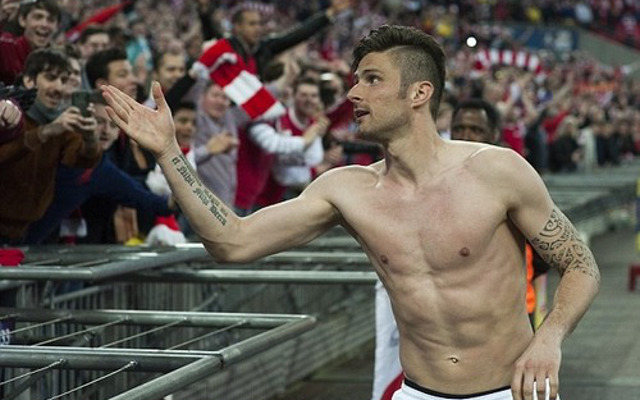 Arsenal forward Olivier Giroud has been awarded the title of the Premier League’s hottest footballer by Paddy Power.

The Irish betting giant produced the below video, which shows Giroud accepting his award with a terrific speech…