The Hammers could qualify for Europe through their disciplinary record…

West Ham could be playing in the Europa League next year, qualifying by virtue of having the best disciplinary record in the league.

This news has come as a surprise to many because of the ‘old fashioned’ tactics which Sam Allardyce’s sides tend to adopt. 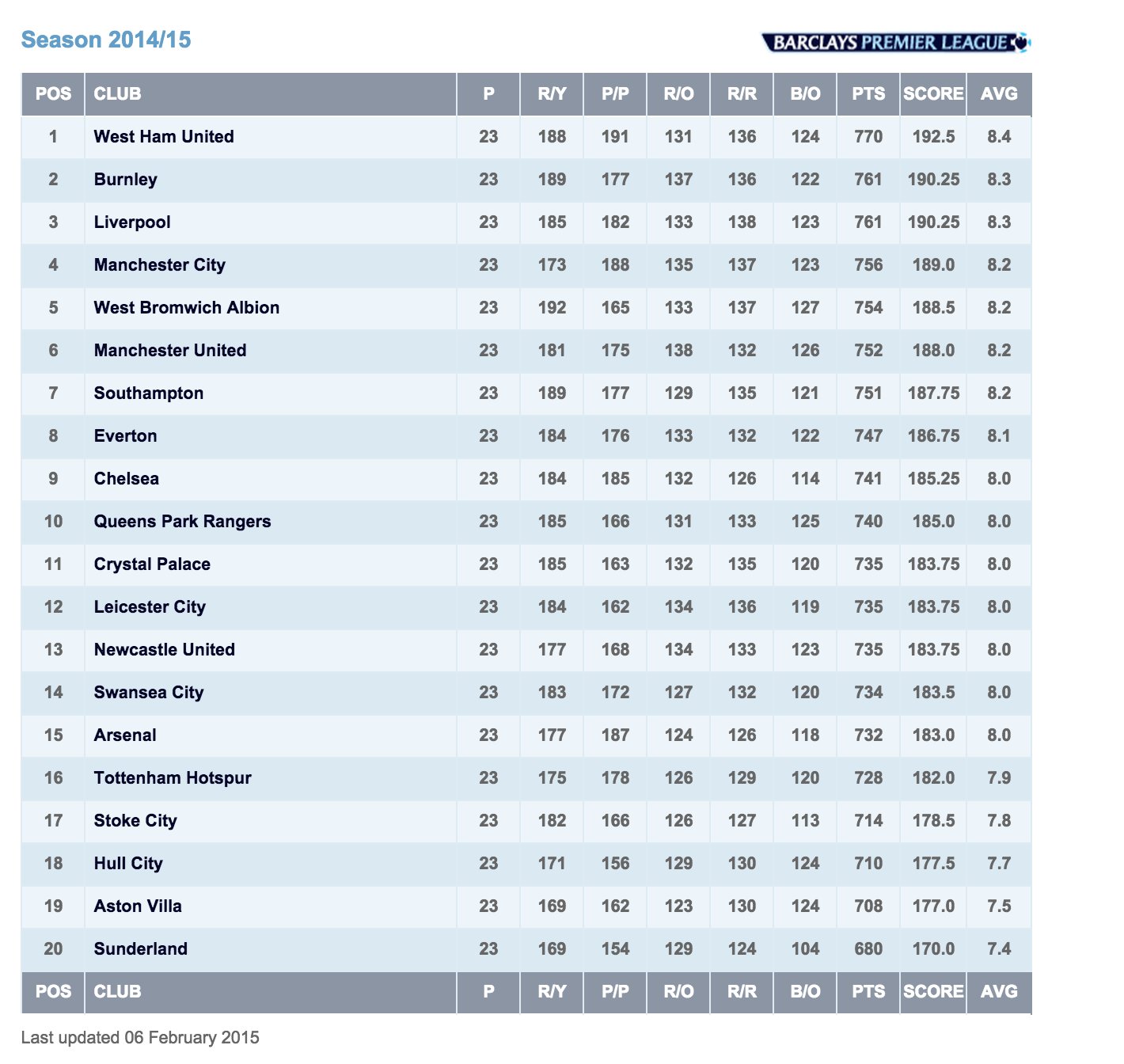