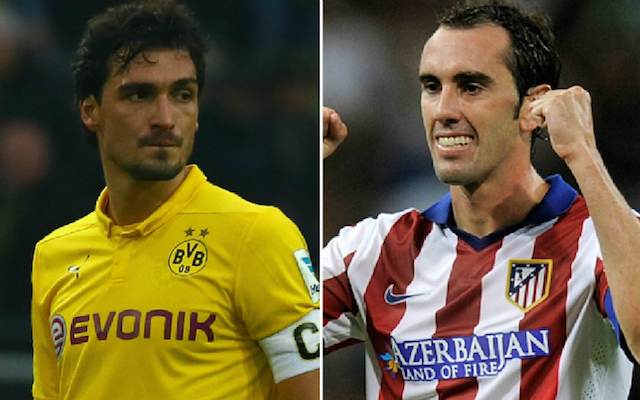 Hit and miss forward could free up as much a £60 million.

Manchester United could sell their record-signing Angel Di Maria to free up funds for a double summer capture of Mats Hummels and Diego Godin.

The hit and miss forward hasn’t had the best time with the Red Devils in his debut season in England and Metro reports the Argentine could be on the way out of Old Trafford in the summer.

The paper cite Spanish news sources that claim Ligue 1 champions Paris Saint Germain are lining up a £60 million deal for the former Real Madrid man and see him as an ideal replacement for troublemaking duo Ezequiel Lavezzi and Edinson Cavani who the club are looking to sell in the summer.

The deal would see a large cash source open up to United who in turn would, says the report, reinvest the money into their much maligned defence.

Louis van Gaal is said to want to replace both Chris Smalling and Phil Jones with the European duo of Borussia Dortmund’s Mats Hummels and Atletico Madrid’s Diego Godin.

However, whilst United do need reinforcements in that area of the field, this move seems a stretch at best considering how little time Di Maria has had to settle in.

And with the Red Devils recently signing a record kit deal with adidas and continuing to add to their enviable commercial revenue on an almost daily basis, it doesn’t appear the club would need to sell a key star to make expensive acquisitions.