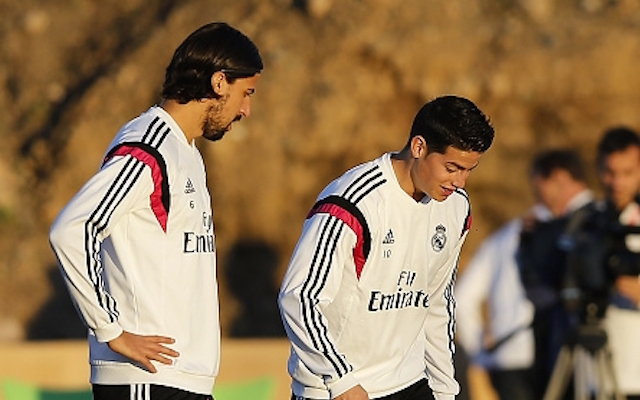 Two member of Los Blancos squad said to have breached the club’s code of conduct.

Real Madrid stars James Rodriguez and Sami Khedira are both set to be fined after ignoring the club orders not to attend Cristiano Ronaldo’s birthday party.

But his decision could lead to severe reprimand for both Khedira and Rodriguez with Eurosport citing reports in Spain which claimed the two ignored medical advice to attend.

The Colombian, for instance, attended the event just 48 hours before he was set to have surgery on a broken metatarsal.

Luka Modric could also have been in hot water but escaped punishment after apologising to club officials for his faux pas.

Rodriguez will likely be out for around two months with his injury whilst Khedira’s thigh issue will see him on the sidelines for three weeks.