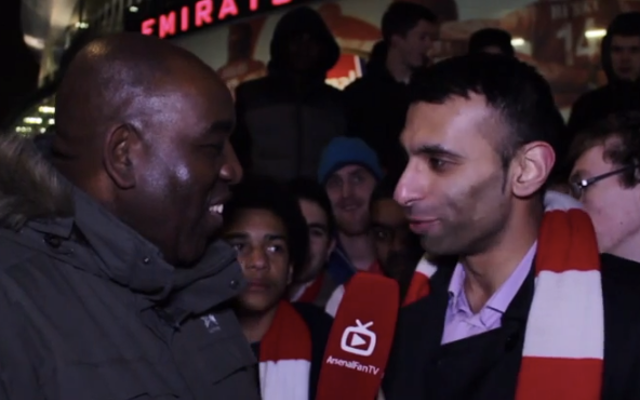 Tottenham Hotspur fans are often accused of being obsessed with rivals Arsenal, but Gunners supporter Moh proved last night that this sad bitterness can work both ways.

On Tuesday, the Gunners laboured to a 2-1 win over Leicester City, while Spurs lost a five-goal thriller at Liverpool.

Those two results moved Arsenal above Spurs in the Premier League table.

After the final whistle, ArsenalFanTV’s Robbie tried to ask Moh about the Leicester game, but he had other things on his agenda…