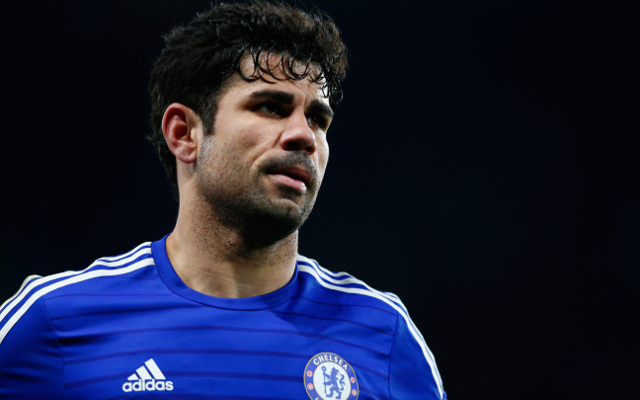 Diego Costa discusses his positive start to the season for Chelsea…

Chelsea striker Diego Costa has revealed hard work as the main reason for his success at the club so far this season. The 26-year-old, who made the move to Stamford Bridge from Atletico Madrid last summer, has scored 17 times in all competitions so far.

Costa, who was quoted by the Daily Star, said: “What is my good start down to? Hard work. Also, Jose Mourinho is a very clever man.

“He knows exactly the kind of team he wants to build and the way he wants to play. The likes of Cesc Fabregas and Oscar have eased my adaptation [off the pitch] as well as helping me score, too.”

The Brazilian-born Spain international made an immediate impact following his arrival in West London, finding the net seven times in his first four appearances, and while his scoring rate has slowed since then, he’s still regularly turned in impressive performances.

Costa leads Chelsea’s scoring charts this season, with his efforts firing the club seven points clear at the top of the Premier League table. After completing a three-match suspension for stamping on Liverpool’s Emre Can, Costa will now be looking forward to featuring in the Capital One Cup final against Tottenham and the knockout stages of the Champions League.

The former Atletico star has plenty of experience of Europe’s premier club competition, having reached the final last season, only to limp off with an injury in the early minutes of the defeat to local rivals Real.