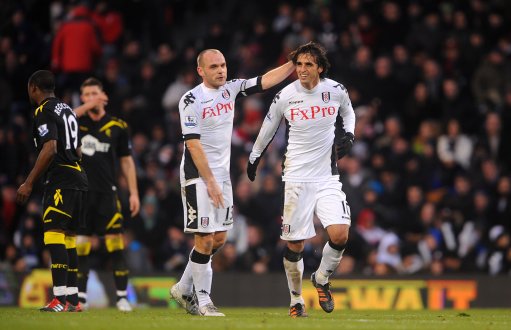 Reports in the United States this morning suggest Fulham’s want-away forward Bryan Ruiz could to MLS side Vancouver Whitecaps.

He recently told a Costa Rican radio station that he was open to a move to States:

(Translation: Don’t rule out a move to the Nordic countries or the MLS. We’ll see if there’s interest from their teams)

He saw a loan switch to Levante fall through during the winter transfer window, and is now desperate to secure a move away from Craven Cottage, especially with Fulham stuck down in 18th in the Championship table.

He captained Costa Rica during their incredible World Cup performance, scoring twice in Brazil. The 29-year-old is out of contract in the summer so could join the MLS at the same time as City hero Frank Lampard.

Ruiz is capable of playing anywhere across the front – positions the Whitecaps are in need of improving. Although Vancouver have none of their three designated player spots open, they hope that the ongoing CBA negotiations could increase the number of DP slots available.