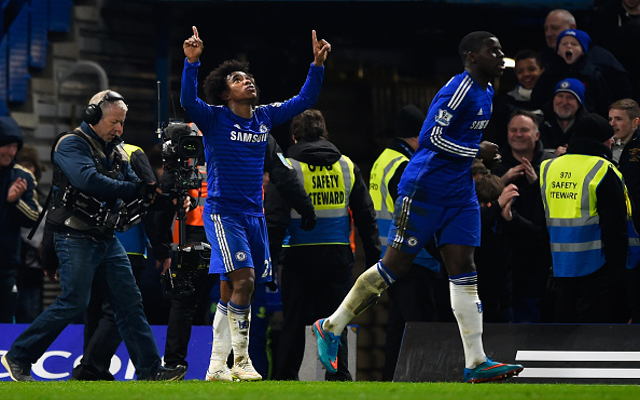 Willian scored the winner in dramatic fashion as the clock was about to hit 90.

The goal put Chelsea one step closer to the title, and Mourinho was full of praise for his squad’s resilience in the post-match interview.

You’d be a foolish man to bet against Chelsea at this stage. As this post-match picture shows, the team are more united than at any time in recent memory, and they have a seven point cushion over second placed City.

Their next games are against PSG in the Champions League, Burnley in the league, and Spurs in the League Cup final.

What a night, what a game, what a win!!!! #Teamspirit #ComeOnBlues