That’s how you do it!

Chelsea winger Eden Hazard gave Blues fans cause for celebration on Thursday afternoon by putting pen to paper on a new five-and-a-half-year contract with the London club.

After signing, Hazard posed for a photo (above) at Stamford Bridge.

The Belgian international doesn’t quite look thrilled, but he still manages to convey happiness, while maintaining a cool persona.

Everton loanee Aaron Lennon (below) could learn a lot from Hazard. 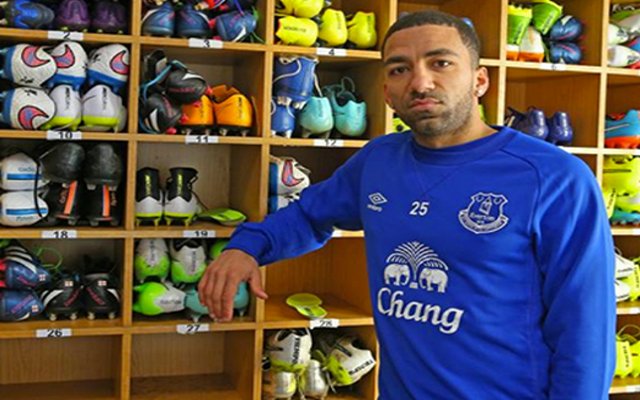