The Colombian national side have released a new home kit in advance of this summer’s Copa America in Chile.

The tournament kicks off on 11th June with Chile vs Ecuador. The final in Santiago will be held on 4th July.

Colombia have been drawn in Group C along with Brazil, Peru, and Venezuela. Their first game is on 14th June against Venezuela in Rancagua.

See the kit below: 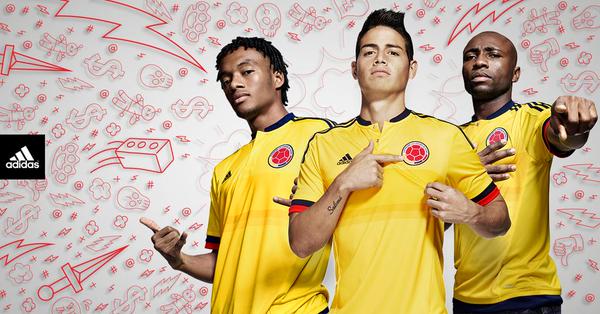