Gerrard scored Liverpool’s second goal in their dramatic 3-2 win over Spurs on Tuesday night, a goal that drew him level with Fowler’s record.

Fowler was quick to put Gerrard in his place on Twitter, however…

He mocked Gerrard’s decision to move to the MLS, telling the Liverpool captain that he needed to “shut up and leave”. 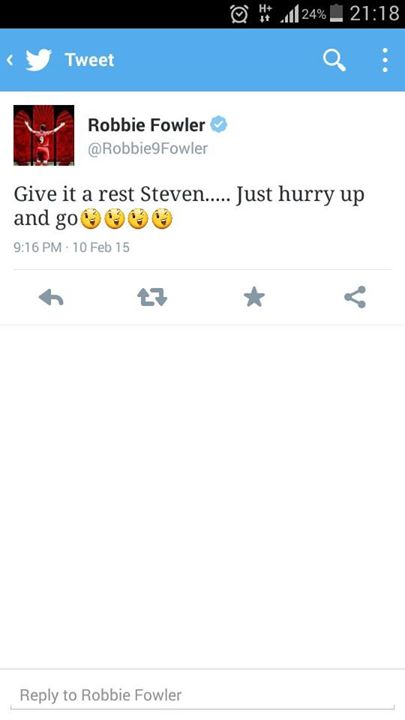