Stamford Bridge was lifted by the Brazilian’s late goal…

Chelsea beat Everton 1-0 on Wednesday evening thanks to a goal from Willian.

The goal was massively important in the Blues’ challenge for the Premier League title, with the victory keeping them seven points ahead of second placed Manchester City.

The winger celebrated the last minute winner with a picture stating, “we fight until the end!” and the time of his goal. Check it out below… 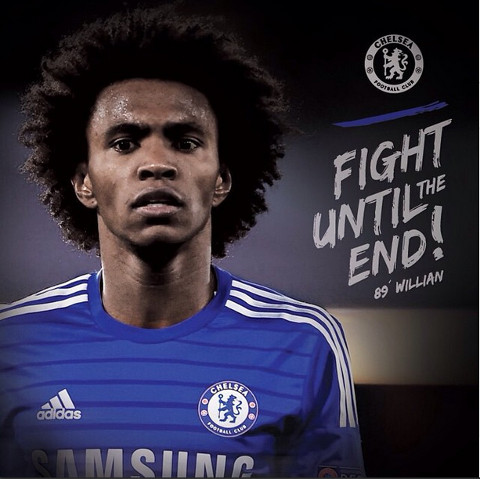