Lazio president was pushing for the changes to be made…

All the latest headlines from the newspapers in Italy as the referees reject the proposal of a new way of designating officials to games through ‘draws’. 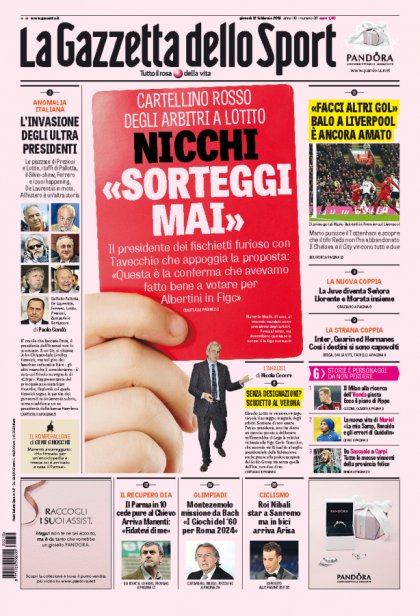 – Lotito wanted to overhaul the system in which referees are assigned to games. Instead of the officials being designated specifically by the referees association, AIA, he wanted a random draw system to replace it.

– President of referees furious with FIGC president Carlo Tavecchio who supports proposal. “This is the confirmation we’d have done well to vote [rival] Demetrio Albertini for the FIGC”.

– Ten-man Parma give in even to Chievo, new owner Manenti arrives and has a message for the fans: “Trust in me”. 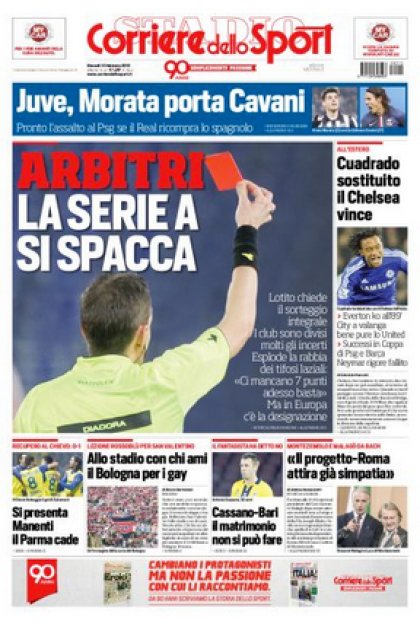 – Juve, Alvaro Morata brings Edinson Cavani. If Real Madrid opt to buy back the Spaniard, then Juve will move for PSG striker. 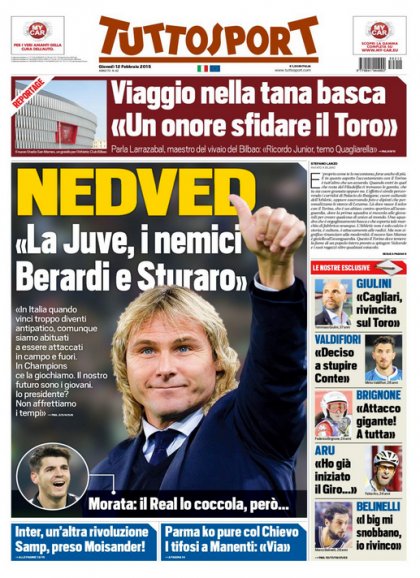 – Czech legend on why Juve face animosity from their rivals in Serie A: “In Italy when you win too much you get enemies, we’re used to getting attacked on the pitch and off”.

– Nedeved also suggests that Berardi and Sturaro will be part of the future of the team.

– Journey to the Basque hideout, “An honour to face Torino”. Torino prepare for their Europa League tie.