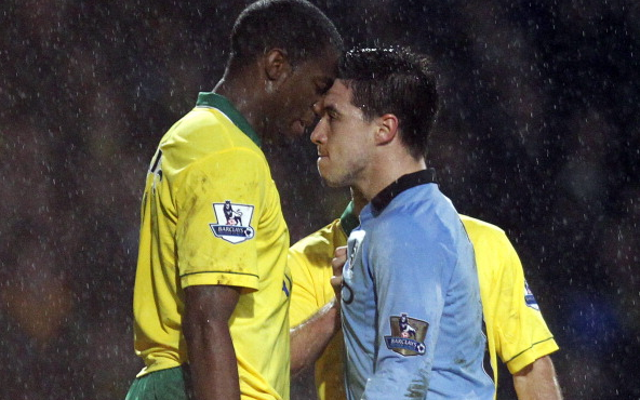 Frenchman admits some home truths in a rather candid interview…

Manchester City starlet and Arsenal hate figure Samir Nasri has in a remarkable example of self-awareness admitted that he does sometimes act ‘arrogant and a little p****’.

The Frenchman has a career reputation for being petulant and easy to wind up and even arrived at Arsenal from Marseille in 2008 with the nickname ‘enfant terrible’ or ‘terrible child’ for his behaviour.

But in a quite forthright interview with L’Equipe 21, a publication back in France, the City midfielder admits that he knows where that reputation comes from and concedes that he can have a poor attitude.

“From time to time, I’m a jerk. Sometimes it is better to buckle but it is something I can’t do,” he said to L’Equipe, quoted by Metro.

“I managed when I was younger and sometimes I went home with a knot in my stomach. Afterwards, you go off, but not with the right person.

You just need to look at the way Arsenal fans have been able to wind-up the 27 year old since his exit from the Emirates in 2011 – and the Frenchman’s subsequent poor performances when he’s played the Gunners to see how his attitude affects his game.

But he was definitely in a good mood against Stoke City, scoring the fourth goal in a comprehensive 4-1 win to keep a their Premier League title chances barely alive.