Carragher wore the 23 throughout his Liverpool career, while Beckham switched from 7 to 23 when he moved to Madrid – reportedly after he became aware it was Michael Jordan’s number.

You can see the exchange below: 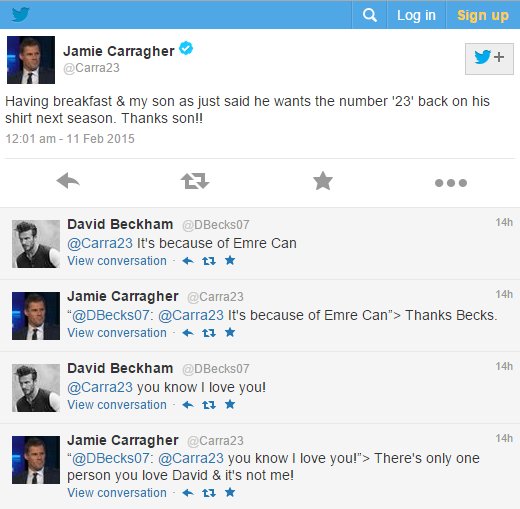 Who do you think Jamie is referring to when he says “there’s only one person you love”?!