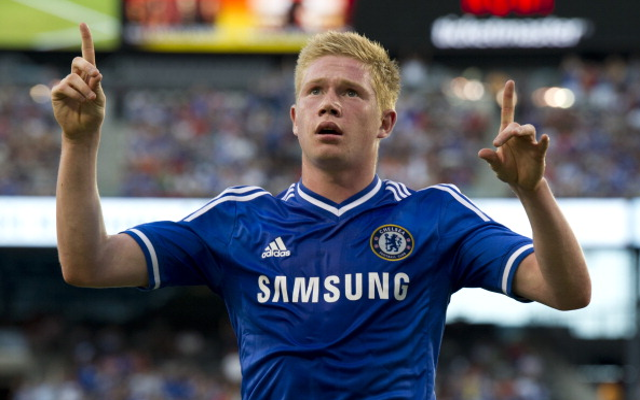 One that got away from Mourinho…

Wolfsburg manager Klaus Allofs says that Kevin De Bruyne has been in such good form for the Bundesliga side this season that Chelsea are regretting letting him go.

De Bruyne was sold by the Blues just a season and a half after signing him from Genk, joining Wolfsburg in January 2014 after making a mere nine appearances for Mourinho’s side.

The Belgian has already scored eight times this season and recently provided a masterclass against Bayern Munich, orchestrating a 4-1 demolition of Pep Guardiola’s side.

And Allofs says it is this kind of form that has Chelsea hurrying to find their receipt following his £17 million sale from Stamford Bridge one year ago.

“At Chelsea they watch with appreciation as Kevin has developed,” he said to German news source Kicker.

“They’ve seen it confirmed why they were reluctant to let him leave.

The 23 year old was twice loaned out during his time in London, firstly to previous club Genk and then Bundesliga outfit Werder Bremen before finally getting chucked for good.

Germany international Andre Schurrle has seemingly mimicked the same career path as De Bruyne after also struggling to tie down a starting role at Chelsea before quitting this January to join the Belgian at Wolfsburg.