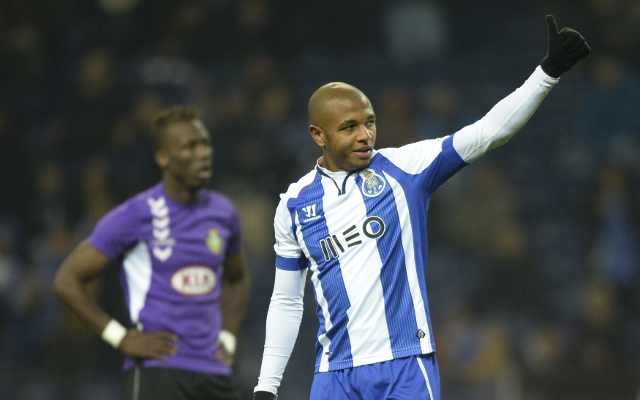 Manchester City have been told they will have to pay £40m if they want to sign Porto’s attacking midfielder Yacine Brahimi, 25 –(talkSPORT)

Real Madrid are considering a move to take 22-year-old striker Alvaro Morata – a Liverpool, Arsenal and Manchester United target – back to the Bernabeu from Juventus after one season away – (Daily Express)

Striker Romelu Lukaku, 21, who joined Everton for £28m from Chelsea in the summer, says he plans to leave the Toffees for a “top club” in the future – (Sky Sports)

West Ham striker Carlton Cole says a shouting match with boss Sam Allardyce has eased the tension at Upton Park, after he missed out on a £5m contract at West Brom on deadline day – (Daily Mail)